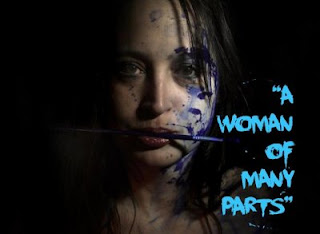 Linguistics is not just found in grammar books and dictionaries. There are many different slang words and phrases that differ from language to language, with only the native speakers knowing their meanings. BBLTRANSLATION is here to assist, this time, in collaboration with The Tremayne Company.
It is premiering “A Woman of Many Parts”, a comedic drama, in Barcelona, and BBLTRANSLATION gave its support with the comedic English slang terminology that a majority of the audience won’t recognize.
With over 50% of the audience being non-native English speakers, many of the English phrases will be entirely new.
Theatre is a great way to hear real English language that is used in every day life, especially the phrases you won’t find in an English grammar book or dictionary. With a list of translated phrases provided by BBLTRANSLATION in collaboration with The Tremayne Company, non-native speakers will have the opportunity to better their English for real life context.
The vocabulary list is available in English, Catalan, and Castellano and will be provided free of charge to anybody attending the show. Enjoy!
From: 18/06/2013 To: 29/06/2013
At: Centre Civic de Besos, 87 Rambla de Prim, 08019 Barcelona, Barcelona

Barcelona-based The Tremayne Company presents
“A Woman Of Many Parts”
A new play premiering in Barcelona (in English): a drama, with a big chunk of comedy.
What's it about...
"Henry, a scientist, brings small animals back to life.
Now it's time to raise a human from the dead.
But man or woman? He chooses a woman.
Good decision?
There’s an artist, and her daughter. A spy and a doctor. A maid and a Russian.
Life and death and life again...lust, love and gin.”
*
Venue Centre Civic de Besos. 87 Rambla de Prim, 08019 Barcelona
A great theatre space with bar (Metro Besos L4)
Playing (5 nights) on June 18, 19, 20 and 28, 29.
Start: 7:30pm (Duration 2 hours inc. intermission)
Tickets €12 at awomp.eventbrite.com
The play is in English. For Eng/Cat list of vocabulary in the show: georginatremayne@gmail.comSubject: “AWOMP vocab” (available from June 1).
Previous production reviews:
Vermilion Wine (2012) full length play. Critics reaction: "Dan Ryan gave a thoroughly captivating performance"..."dramatic sound and lighting effects created an atmosphere in which I wholly forgot where I was"..."the witty jibes in Tremayne’s script"..."an utterly enchanting piece of theatre"..."a thoroughly enjoyable night out."
Audience reaction: "Really unexpected. Excellent!"
Six in the City 2 (2012) 6 one-act plays: "The stylistic mix and blend of this series, written by the director Tremayne, was refreshing"..."'If Only' was superbly executed by Addya Panayiotou"..."Ariane the witch in 'After Ragnarok', performed beautifully by Jessica Daigle, was enchanting."
Audience reaction: "Didn't like the witch play...The witch play was amazing...13th Witness was awesome!"
Full Reviews at www.huntertremayne.com
font:
http://www.bbltranslation.eu/es/blog/bbl-blog/item/9-bbl-new-play-bcn-playwright
http://barcelona.angloinfo.com/whatson/featured/25864/a-woman-of-many-parts 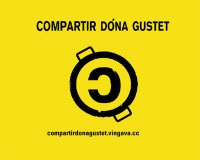